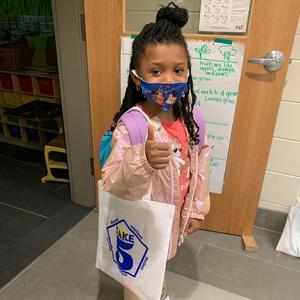 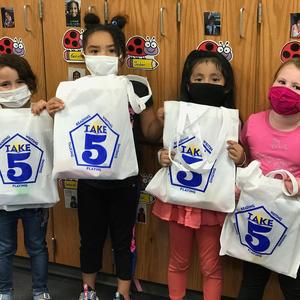 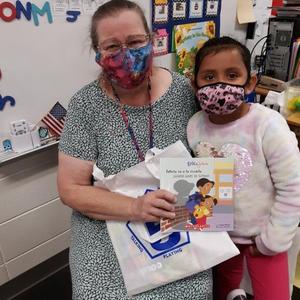 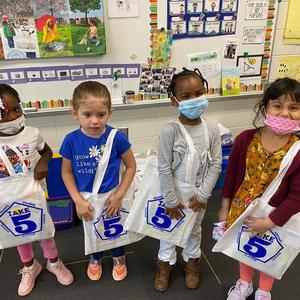 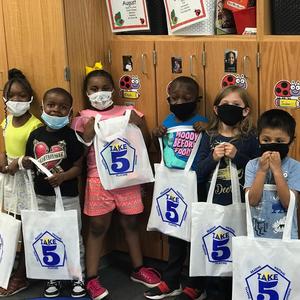 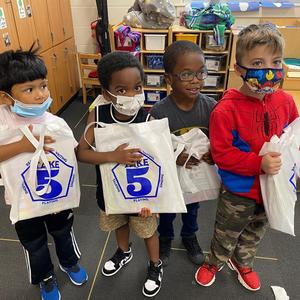 For five weeks this semester, the nearly 200 students enrolled at FACES preschool received bags filled with items to improve their early literacy skillsets.

Geri Mullis recently received the kind of phone call that anyone with a passion for promoting children’s literacy dreams about.

The caller asked Mullis, director of Marshes of Glynn Libraries, if she had any ideas how to spend up to $25,000 in a way that would improve early literacy education in the community.

She came up with some proposals and called them back. A $25,000 donation was made available for Mullis’ plan soon afterward.

The bags included several books and toys that supported each week’s corresponding skill.

Flyers, written in English and Spanish, provided information for parents on how the activities could benefit their children. QR codes for surveys were included as well.

“We know books are important in the home, but we also know that you have to give tools to go with that for the parents,” Mullis said. “And this gives them the tools to show why they should be doing these things.”

The library purchased all the items, and the Friends of the Brunswick-Glynn County Library volunteered time to assemble the bags.

By the end of the five weeks, each child had received 15 books plus the corresponding activities.

The chosen activities have already been in use in the libraries and schools. The new program essentially compiles some of what’s been found to be best practices and made them easily accessible to a large number of families.

“This is something that you can just do,” Mullis said. “The key is getting the parents and caregivers to read with their children.”

The five skillsets the Take 5 program focused on are recommended by the American Libraries Association, Mullis said, and have been the fundamentals of library programs for years.

“This is building on what the library has done since 2013 for early literacy parental involvement,” she said.

The program also demonstrates the importance of activities many parents already engage in with their children.

Each of these seemingly small activities are building a young learner’s reading skills.

“If you have that in the back of your mind as a parent while you’re doing these activities, it will only enforce more that your child will be ready to read by the time they’re in elementary school,” Mullis said.

The key is consistency. Raising awareness about why these skills matter will encourage more parents to be intentional about supporting their child’s literacy development, she said.

“You’ll sing to your kid every day going to school,” Mullis said. “You’ll talk to your kid while you’re in the grocery store and say, ‘This is a can of tomatoes.’ Pulling out the ‘t’ for tomato is the start for learning the alphabet.”

The Take 5 program condenses these resources and provides the needed tools to get started.

“These bags give them the education, it gives them the language set to use, and it gives them tools to accomplish everything they need to get their child ready to read,” Mullis said.